Thank You, Supporters! New Album If Released with Proceeds to Joe Biden’s Campaign
A huge THANK YOU to all who generously participated in the album release fundraiser to benefit the Biden/Harris presidential campaign! Kathy donated proceeds on Bandcamp through October 9 to the official Joe Biden for President fund.

Newcity Magazine Includes If in its Monthly Top Five Albums:
The If album was featured as a “Music Top 5” in the October edition of Newcity. Check it out here.

Livestreamed Chicago-Paris Music Chat:
Kathy enjoyed chatting with Paris-based musician Hannah Judson about songwriting, music, and this unusual year during a livestreamed cross-continental conversation on November 6 via Facebook and YouTube.

Radio support of If Album Release:
Thank you to Tom Jackson at WLUW-FM, Di Kulka at WLUW-FM, Mike Bennett at CHIRP Radio, and Lilli Kuzma at WDBC-FM for supporting the If album release with airplay! 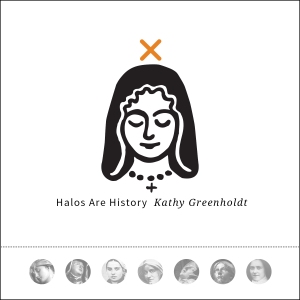 Halos Are History Album and Website
Kathy wrote several songs for her Halos Are History project based on recent travels and historical research. Kathy grew up feminist and Roman Catholic, and although these days her spiritual views are less clearly defined, the songs on Halos Are History were inspired by women who became Catholic saints. Working with producer/musician Steve Dawson, the songs are also the nucleus of a Web-based project, www.HalosAreHistory.com. The new site offers music, historical context, vintage and travel images, and Kathy’s stories about her connections to the people-turned-saints who inspired the music. The project launched with a sold-out concert at the Filament Theatre. New songs and features will be added to the Halos Are History project over the years.

Album on Favorites List:
Thank you to WLUW-FM deejay Tom Jackson, who named Halos Are History as one of his favorite albums of 2017!

Sample Airplay for Halos Are History:

Richard Milne of 93XRT’s “Local Anesthetic” (Sundays, 10:30 pm). Listen here to the podcast in which Richard says, “Kathy, I think this is your best record.”

Mike Bennett of CHIRP Radio (Saturdays, 9 to noon). Tune in to his show at www.chirpradio.org.

Tom Jackson of WLUW-FM (“Somebody Else’s Troubles,” Saturdays, 11 am to noon) interviewed Kathy in the studio. Tune in to Tom’s show each week at 88.7 FM or  www.WLUW.org.

Interview on Celtica Radio in Wales: Thanks to deejay Bill Everatt at Celtica Radio, who interviewed Kathy about the Halos Are History project via Skype. Kathy’s new songs also are on the Welsh station’s playlist. Tune in worldwide at www.CelticaRadio.com.

26th Annual (and Final!) Local Anesthetic Holiday Spectacular on WXRT-FM:
Deejay Richard Milne hosted his final Local Anesthetic show with his annual Holiday Spectacular on Sunday, December 24, 2017. The show featured original musical greetings by local musicians, including Kathy. Kathy thanks Richard for his support of local music over the years!

Release of The Pilgrim Album:
Kathy debuted her album, The Pilgrim, in June 2016 as part of a sold-out concert at Szold Hall at Chicago’s Old Town School of Folk Music. The show was a double-album release event, also featuring new music by her good friend, songwriter Melanie Budd.

About The Pilgrim . . .
For her sixth album, The Pilgrim, Kathy worked once again with musician/producer Steve Dawson. The recordings come on the heels of Kathy’s recent pilgrimages to Spain, Rome, and Paris. Lyrically, they ponder spiritual ideas and also honor the memory of her sister, Lynn, who was a traveler and citizen of the world. Preview songs and purchase the album here.

Airplay for The Pilgrim:
Thank you to Chicago’s radio deejays for playing tracks from The Pilgrim. Songs have been featured on Chicago’s WXRT-FM, WLUW-FM, CHIRP Radio, WDCB-FM, WNUR-FM, and WVLP-FM.

NEWS FROM 2015 and Earlier (newest to oldest, top to bottom):

Archived WBEZ-FM Show Link:
Kathy was excited to be part of Niala Boodhoo’s WBEZ-FM “Afternoon Shift” segment on finding success at any age. Listen to the April 2015 program at this archived link.

Named to Annual “Faves” List:
Folk deejay Lilli Kuzma of WDCB-FM’s Folk Festival show named Kathy’s When You’re Dead album to her “Faves” list for 2013. Tune in to Folk Festival every Tuesday night, from 7-9 pm, at 90.9fm or wdcb.org.

New Video!
Many thanks to Steve Zagata for creating a video for the song “Prayer to Saint Joan of Arc.” The video features archival footage from the 1927 silent film, “The Passion of Joan of Arc,” directed by Carl Theodor Dreyer and starring Renée Jeanne Falconetti as Joan. View the new video here.

New Album Added to More Than 140 Radio Stations!
When You’re Dead has been added to more than 140 radio stations across the U.S. Many, many thanks to the Music Directors and deejays at these stations! Thanks also to the folks at Tinderbox Music in Minneapolis.

Songs Broadcast on Folk/Americana Shows:
Thanks to Lilli Kuzma, host of the “Folk Festival” show on Chicagoland’s WDCB Public Radio, and to Bill Frater, host of the Santa Rosa, CA-based podcast, “Freight Train Boogie,” for including Kathy’s music in their shows.

Kathy’s Music and Writing Featured on Nature Blog:
Kathy was a guest writer for the weekly nature blog, City Creatures, hosted by Chicago’s Center for Humans & Nature. Her piece features the Spring-related song “The Light.” Check it out here.

Kathy on cover of 2013 Indie Bible:
Kathy is excited to be one of the songwriters featured on the cover of the 2013 edition of the Indie Bible, a resource that has been used for fourteen years by songwriters worldwide to connect with music media, promoters, record labels, and more. Thank you to talented photographer David Sameshima for shooting Kathy’s photo! Thanks also to Songsalive!, the organization that awarded this opportunity. Kathy is a Pro member of Songsalive!, an international songwriting community based in Los Angeles. Learn more about the Indie Bible here.